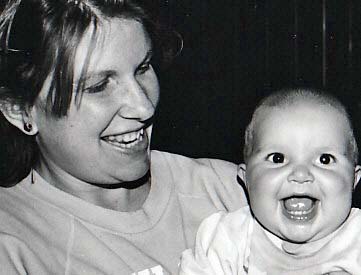 2012 is a year of environmental anniversaries: 20 years since the first Rio Conference, 25 years since Our Common Future (known as the Brundtland Report) gave the world a definition of sustainability, and 50 years since Rachel Carson’s Silent Spring launched the modern e29nvironmental movement. It thrills me that environmental sustainability is so closely connected with two women – Gro Harlem Brundtland, a Norwegian politician, and Rachel Carson, an American writer – and that Berkshire’s 10-volume Encyclopedia of Sustainability, seven years in the making, is being published now, in 2012. But anniversaries like this can be bittersweet, as we reflect on hopes unfulfilled and work unfinished.

The UN’s Rio +20 Conference just ended and there are, as always, many questions about the real value of such events. (More on that below, with some thoughts from a leading Chinese activist.) I’m sure many people have found themselves wondering why we are still talking so much and doing so little. We look at our own lives and wonder if we’ve done as much as we could, and if we’ve chosen the right path. This kind of question is very much on my mind because 2012 is an anniversary year for me, too. In 1992 I moved from London to the small town of Great Barrington, Massachusetts, with two small children and a contract to write a book about the search for community. My “+20” dilemma is that that book is still unfinished. Like the activists and leaders in Rio this past week, I haven’t done many of the things I meant to do back in 1992. On the other hand, I tell myself, I have done things I couldn’t have imagined then – not only the Encyclopedia of Sustainability but the Encyclopedia of Community, published in 2003 with Sage, and all our new work on and in China – and learned about the human past from world historians, especially from W. H. (Bill) McNeill, in whose work the question of community comes up again and again. Bill’s innovative Moving Together in Time (Harvard 1995) is about how human communities bond through dance and movement. In fact, his 1964 bestseller, The Rise of the West (published about the same time as Silent Spring), was nearly given the title A History of the Human Community. Today I have his perspective and knowledge to draw on as I resume work on a book that is very different from anything he would write but that derives from the same curiosity about human beings and how we live together, more or less successfully.

Instead of finding the simple country life on a commune that my editor envisioned, I’ve ended up running a global business and having a personal life that extends from Main Street to Beijing. A slogan popular around the time of Rio 1992 was, “Think globally, act locally.” Berkshire Publishing’s authors think and teach globally, but their influence, and ours, is based on how we act locally—in our neighborhoods, our towns and boroughs, in the classroom and in the boardroom. The Encyclopedia of Sustainability has been designed to help in education both local and global, and we look forward to building on this shared effort to do more and do it faster. We could be discouraged by the lack of progress since 1992. We could be discouraged by the lack of progress at Rio +20. What I tell my kids, when they complain about the mess my generation has made and the huge difficulties their generation has to confront, is that this is our time in human history and each of us has a chance to make a difference, in a smaller circle or a much larger one. What matters is that we find new ways to connect, share knowledge, and take action. Archimedes said, “With a lever long enough, and a place to stand, I can move the world.” Knowledge is the lever, community is our place to stand. Together we can move the world.

Chinese activist Ma Jun says that the value of Rio +20 lies in the recognition that it is no longer Western countries running the show, which means that developing nations including China must step up and take responsiblility and become leaders. He adds, realistically, “We can’t wait for all the governments to fall into line and negotiate effectively – we need society to take the lead.” Click here to read the interview @chinadialogue..

What’s next at Berkshire is a set of new projects designed to get the knowledge (and wisdom) collected in the Encyclopedia of Sustainability into classrooms and boardrooms around the world. We’re hoping to see a Chinese-language edition in progress soon, and the English edition will be available in China through at least one partner. And we’re thinking about ways to help individuals do more to create the future they want, not only through the kind of practical steps I wrote about in Home Ecology and The Armchair Environmentalist, but in their careers, and as leaders in their industries and personal and professional communities. Please tell me what you are doing, what you need help with, and what you think Berkshire Publishing should be doing to make the world a better place.

By the way, the photo above was taken about the time Home Ecology, my first book, was published and when I began to study the connection between environmental sustainability and community. The baby is now a 23-year-old working as a field ecologist for the Army National Guard on Cape Cod!

About the Author: Berkshire Publishing