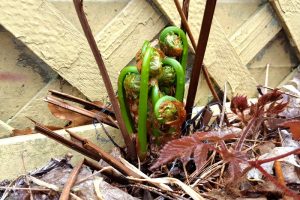 Long before lockdown began in Massachusetts, I’d been laying in supplies at the urging of my son in Beijing, who’d already been through it. I started planning a vegetable garden, but was a little concerned about getting enough fresh vegetables. It would be ages until there was anything from the garden, I thought, until I realized that the rather annoying ferns that are endlessly trying to dominate the beds around my house are in fact the variety that produce edible fiddleheads. 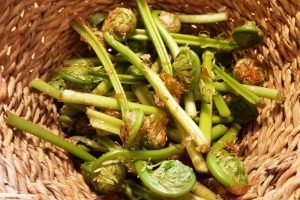 Then I learned that hostas, another plant I have too many of, are edible. Not just edible, but positively delicious, with a melting texture and enough sugar to brown beautifully.

I enjoy the bitterness of early dandelion greens, but it is hard to clean enough for a reasonable dish – there’s nothing quite like chewing gritty greens! Neighbors recommend wild ramps and nettles, and the invasive garlic mustard. I don’t have time for rambles in the woods, but garlic mustard is everywhere. Not as flavorful as I hoped, but sliced finely it makes a fine addition to a pot of vegetable soup. 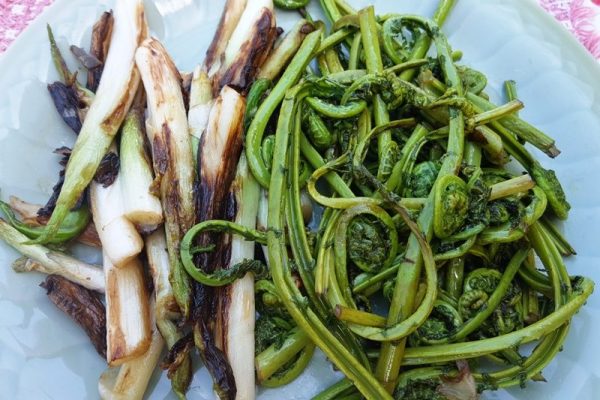 Hostas are the big discovery (shown at left, sauteed in a little olive oil, with steamed and buttered fiddleheads). They are ornamental, a type of lily grown primarily for their foliage, which can be variegated and ranges from pale green to a deep gold. Last year I discovered that one of my larger hostas has highly fragrant flowers – I’d been ignoring the flowers up till then, as most are quite insignificant. I divided the fragrant clumps and expect to have many more this year. Now that I know the early shoots – and the flowers, too, apparently – are edible, I won’t take even familiar plants so much for granted. Here’s the article that got me up to speed on edible hostas. 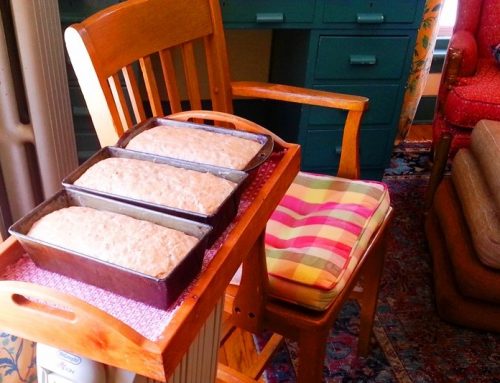 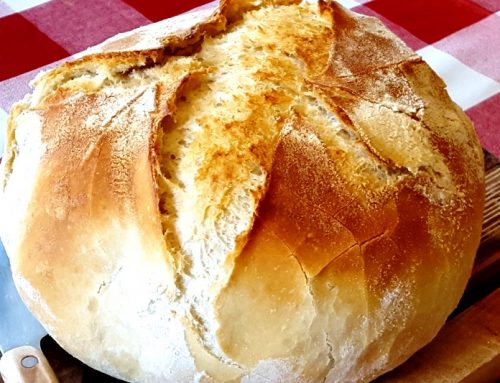 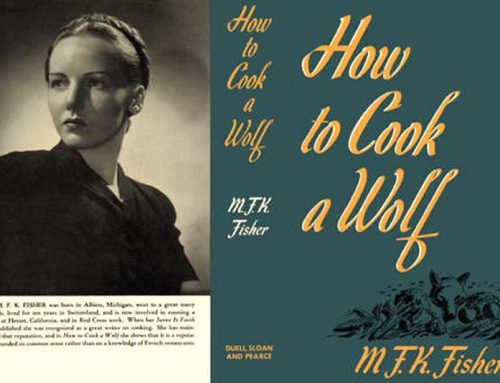